PRESERVING OUR FREEDOM IS A MINDSET THAT BEGINS AT HOME

As an American manufacturer of products designed to help homeowners achieve optimum lifestyle experiences outside their homes and to realize their full pride of home ownership, freedom of expression is at the core of my business acumen. As an American citizen, however, that freedom of expression is further disseminated to include freedom of speech - a freedom that has continued to be threatened and marginalized from the days of our declaration of independence to our current position in the global arena.

At Cambridge Pavers Inc., we are family-owned and operated, employing over 150 men and women of different profiles - varying religious beliefs, racial backgrounds, political attachments, family structures, and social mores - a mosaic not unlike thousands of other companies that make up our capitalist society. Our freedoms are the bonds that hold us together as Americans and with them come the ideals that motivate us as human beings as we carry out our daily tasks with the fuel of hope and a spirit of thankfulness in our souls. The weakening of these bonds, however the form in which it may manifest itself, will surely break us apart.

Our first president George Washington was quoted as saying: "If the freedom of speech is taken away then dumb and silent we may be led, like sheep to the slaughter." During his presidency, Abraham Lincoln alleged: "America will never be destroyed from the outside. If we falter and lose our freedoms, it will be because we destroyed ourselves."

After the horrific, terrorist attack in France last month, millions of our global neighbors, united in the streets of Paris to offer reinforcement to the bonds of freedom... the very lifeblood that assures a tenure on this earth that embodies promise, not fear or despair. 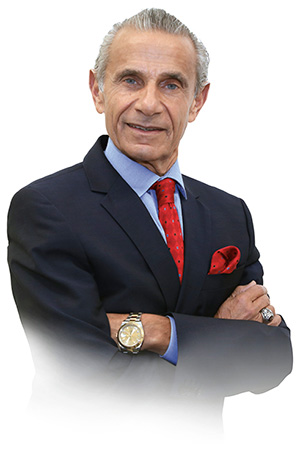 As the founder, Chairman and CEO of a small, yet great American enterprise, It is my pledge and that of the Cambridge management team, to do everything in "our power" to "empower" us all to respect our fellow man, honor those who protect our freedoms, remain steadfast in legion with those who share our ideals, stay true to our dreams, and give thanks for the precious values that enrich our hearts and minds.

Some say: "Talk is cheap," while I say: "Feel free to speak your mind in different voices that stand to make us what we are. Silence speaks to weak knees and hollow hearts."

In memory of the late American singer/songwriter/guitarist Richie Havens, sing "Freedom", as loud as you can! And rejoice!

Charles H. Gamarekian is the Chairman/CEO of Cambridge Pavers Inc. He is one of the founders and a current board member of the Interlocking Pavement Institute. Organized in 1993, ICPI is the North American trade association representing the interlocking concrete paver industry and considered by peer associations around the world as the leader in development and dissemination of technical information for design professionals and contractors. Mr. Gamarekian is recognized worldwide as an expert in his field and is a frequent speaker on the proper installation of pavingstones, wallstones and many outdoor living products.

It's easy to Go Green with Cambridge at your side.