It is no surprise that over the past decade, the choice of interlocking concrete pavers has increased in the municipal, commercial and industrial pavement segments. Applications range from city streets, sidewalks, parks and other public recreation areas to more heavy-duty uses such as container ports, airport aprons and aircraft taxiways. In all of these uses, where pavement systems must meet stringent requirements for durability, reliability and safety, concrete paver systems have been selected over alternatives for very good reasons.

Professional landscape contractors should seriously consider leveraging the positive, field-proven results attributed to these systems in non-residential environments over traditional pavements such as poured and stamped concrete, asphalt and clay brick, when selling pavers to the homeowner market. Many of the sound principles of an interlocking concrete pavement system, backed by case studies, have been validated by the Interlocking Concrete Pavement Institute (ICPI), considered by peer associations around the world as the leader in development and dissemination of relevant technical information for professional landscape designers and contractors. 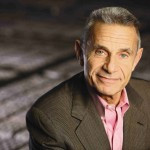 According to Charles H. Gamarekian, an ICPI founder and chairman/CEO of Cambridge Pavers Inc., manufacturer of Cambridge Pavingstones with ArmorTec®, the reasons for the overall growing success are well substantiated. Following are salient points that were excerpted from recent presentations by Gamarekian to the landscape contractor community.

“One of the primary returns on investment,” he states, “stems from reduced maintenance and repair costs, which is a major concern particularly in today’s economy.” Twenty-year lifecycle costs have proven to be less with pavers when compared to asphalt and concrete. In his opinion, this particular R.O.I. advantage can be of benefit when selling the homeowner in addition to developers and the like. “Resistance to abrasion and damages from freeze/thaw cycles, de-icing salts, snow plowing and oil drippings to easy access to underground utilities can also be of importance to homeowners”, added Gamarekian, whose company hosts dozens of multi-topical clinics and also conducts roundtable conversations with landscape and hardscape contractors each season. These workshop-style events are specially designed to assist contractors with time-tested selling techniques when faced with a customer who is pre-disposed toward conventional pavement materials.

The advantage of less disruption to traffic resulting from a smaller timeline for construction combined with immediate use upon completion are also emphasized in his reservoir of qualitative information for landscape contractors. Just as in non-residential projects where paver colors can be systematically placed in varying colors for pavement markings, different colors, shapes and textures used in residential patterns can be placed in certain ways to accent borders and as artistic inlays and random placements. The Cambridge spectrum of colors — seven solid and thirteen blended shades — gives contractors a host of options for any residential design. Add the many, diverse Cambridge Pavingstone shapes, and convenient, Cambridge Pre-packaged Design Kits for circles, fans and random laying patterns, and hardscape designers have limitless creative possibilities.

Safety, which is a general concern in all markets, is often overlooked when assessing a pavement type. To this, Gamarekian also points out that the high density and strength of concrete pavers resist surface rutting and cracking while the chamfered (beveled) edges contribute to more rapid runoff of water.

Cambridge also offers a range of permeable pavement solutions for rapid and eco-friendly stormwater management in both pedestrian and heavy vehicular trafficked situations. “Water runoff is reduced by as much as 100%”, said Gamarekian. “All of these factors impact on safety for walkers, runners, cyclists, motorists and recreational activities as well as in areas used by those who are physically challenged.” 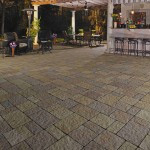 When making a case for an interlocking concrete pavement, performance equates to value. However, delving deeper into the principles of “interlock” may require more specific education such as at the level that Cambridge provides to professionals through its many educational outreach programs and Internet resources. For starters, three types of interlock are critical to structural performance — vertical, rotational and horizontal. In his discussions with contractors, this is the way Gamarekian clarifies the characteristics of each type: “Vertical interlock is achieved by shear transfer of loads to surrounding units through sand in the joints. Working in harmony with type one, the pavers being of sufficient thickness and placed close together with stationary edge restraints attain rotational interlock.” He continues with the third type: horizontal interlock — most commonly associated with a paver system but not always accurately understood. “This type is primarily reached through the use of laying patterns that disperse forces when vehicles brake, turn and accelerate.” Although the characteristics of interlock afford limitless pattern designs, reports by ICPI and other authorities show that the most effective laying pattern is herringbone.

When you think about it, nearly all of the general facts about interlock affirmed by Gamarekian, who is passionate about product knowledge, can also be some of the strongest features when making a case for an interlocking pavingstone system for residential use. However, most professionals will agree that aesthetics remains the leading motivation for choosing concrete pavers over a monolithic pavement such as asphalt and poured concrete. Nor does Cambridge fall short in supporting this rationale. By citing proprietary benefits, Gamarekian claims a firm position for his brand — Cambridge Pavingstones with ArmorTec®.

“All Cambridge Pavingstones are made with ArmorTec®,” says Gamarekian. “The rich, pure-pigmented ArmorTec® colors — exclusive to Cambridge — do not fade and the surfaces will not appear worn… now that’s real value.”

View our complete line of products and specifications in PDF format.